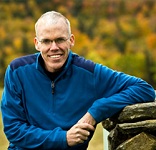 Look, I’m not much of an abstract thinker. In my field—trying to do something about global warming, the worst problem the planet has ever faced—I’ve long since figured out what it is we must prevail over. That would be money, the gobs of it possessed by the fossil fuel industry. I’m no theologian, but I believe they have more money than God, and they’ve used it effectively to corrupt our political process, making sure that no serious attempts to change our energy regime manage to make headway. As surely as the scientific method has worked, that’s how badly the political method has failed, and at root money is the cause.

So we need a different currency in which to work if we’re going to have a chance. And right at the moment we’re experimenting a good deal with one: our bodies. I’ve just finished helping coordinate the biggest spate of civil disobedience in several decades in this country, two weeks of daily sit-ins at the White House that ended up with 1253 people in jail for urging Barack Obama to block a proposed pipeline from the tarsands of Alberta to the Gulf of Mexico. (Short course: those tarsands are the second-largest pool of carbon on the planet. If we burn them in a big way, according to Jim Hansen at NASA, it’s ‘essentially game over for the climate.’)

Now, civil disobedience is a technology like any other, and people have been experimenting with it for a long time, at least since Thoreau. There have been real experts—Gandhi, Martin Luther King, some of the folks who pushed the Arab spring this past year. But we don’t really know that much about it—we haven’t studied it with the same systematic diligence that, say, West Point or Sandhurst applies to the arts of war.

So it was fascinating to try and figure out what would work best. One thing we tried to avoid was the usual suspects: we asked old people to come, not college kids. We didn’t ask participants their age (that’s rude) but we did ask them who was president when they were born. And the biggest cohorts came from the Truman and FDR administrations.

We also told everyone that they had to wear a dress, or a coat and tie, if they wanted to take part. Why? Because we wanted to make crystal clear who the radicals in this scenario were. Not us. Radicals work for Chevron and Shell—radicals are people who are willing to alter the chemical composition of the atmosphere. That’s the most radical scheme anyone ever thought up. We’re…conservatives, trying hard to preserve the planet in something like the shape it was when we were born.

We managed to take a regional issue and turn it into a national and even global one in two weeks (there were sympathy protests at Canadian and U.S. embassies on every continent). That doesn’t mean we’ll carry the day; the odds are still against us, since money remains awfully powerful. But we’ve begun rebuilding this retro technology for a new day; it will be fascinating to see how it turns out.

Bill McKibben is the author of “Enough: Staying Human in an Engineered Age,” and the founder of 350.org, a climate-change advocacy group. The “prevailing” he is currently working on centers on non-violent resistance to a tar-sands oil pipeline.