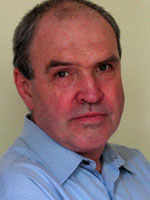 Thirty years ago I wrote Taming the Tiger about our conflicted attitude towards technology: we distrust machines, even as we rely on them; we are always surprised by the unintended consequences of technology, as if our creations should be perfect; and we are eager to adopt the next new thing, even as we bemoan the good old days.

Our ambivalence, as I saw it then and still do, is the result of several misunderstandings. For example, we assume that technological change will inevitably be accompanied by loss, and we tend to romanticize past machines such as clipper ships, old handicrafts, even old towns. But the rosy image is rosy. The tall ships were inhuman work environments, dangerous and physically debilitating; old crafts often involved mind-numbing labor, and the beautiful objects that we admire in museums were available only to a wealthy few; and the old towns that we visit while on holiday lacked the technological amenities—running water, flush toilets, central heating—that we take for granted today. I think we can blame a good deal of this romanticizing tendency on the movies, which have portrayed history in highly selective ways. In truth, Robin Hood and his Merry Men endured lice and continual tooth-aches; the noble cowboy loners portrayed by Gary Cooper and Alan Ladd were illiterate, crude louts; the Edwardian swells portrayed on Masterpiece Theater suffered from gout, rheumatism (damp, drafty houses), and venereal disease.

We often confuse a device with its purpose. The hammer is an elegant tool, but the nail came first, that is, the need to hammer nails came first. Because we focus on the device we tend to fetishize machines, whether they are iPads or smart phones. Paradoxically, this attitude imbues machines with power that they don’t have, while at the same time trivializing their actual functions. For example, the so-called American love affair with the automobile in the Fifties and Sixties produced such momentous advances as chrome grills, wraparound windshields, and tailfins (meanwhile the Japanese and the Germans were actually solving transportation problems). We are seeing a replay of this distortion today in our fascination with green buildings and green cities. Certainly, our goal should be to develop—and adopt—practices and technologies that reduce global warming. But we can’t help being attracted to the symbols of greenness: grass roofs, wind machines, solar panels. The point is not to drive a hybrid SUV, but to drive less.

Another cause of our ambivalence towards technology is that we assume that machines cause technological change. The personal computer—or vapor ware—create a new world, we say. It is instructive to examine an earlier communications device: the printing press. The press famously appeared in Europe in the fourteenth century, although neither movable type nor paper-making were European inventions, but originated much earlier in Japan and China. What facilitated printing in Europe was advances in metallurgy and water-power; metallurgy, because it was needed for the spread of typesetting (the early types were made by goldsmiths), and water-power, because it permitted the manufacture of cheap paper. Cheap paper, replacing parchment made from calfskin or goatskin, was a prerequisite for printing. But the prime driver was a cultural change: a growing demand for books, that is, a growing desire to read and write. In other words, the human activity came first, the machine followed. So today, digital media are not creating a new world, they are enabling a new world that already exists.

Technology is not inhuman or dehumanizing, quite the opposite. In the concluding chapter of Taming the Tiger I quoted the German philosopher Arnold Gehlen. Gehlen wrote that technology mirrors man, “like man it is clever, it represents something intrinsically improbable, it bears a complex, twisted relationship to nature.” It is another way of saying that we are as much a part of the technological environment—and it is as much a part of us—as of the natural world.

Witold Rybczynski is an award-winning critic, professor at the University of Pennsylvania and columnist with Slate who has been thinking about humanity and technology since the 1980s, when he published his first two books, “Paper Heroes: Appropriate Technology: Panacea or Pipe Dream?” and “Taming the Tiger: The Struggle to Control Technology.”