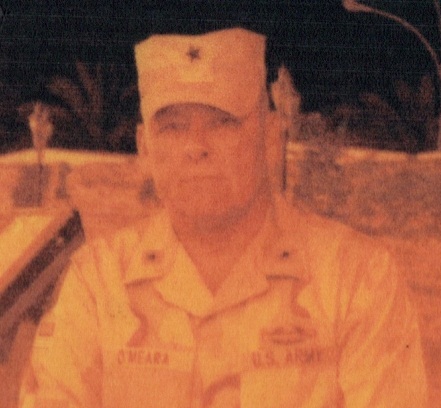 On December 15, 2011, the last US flag was cased and the War in Iraq was declared over. It is well to remember that since the end of WWII, wars have ended without much fanfare and with a great deal of ambiguity regarding what the idea of victory means. Korea is still in a military truce, Vietnam is now one of America’s largest trading partners, the Gulf War ended in a truce as well, setting up the conditions for a second conflict. Change is inevitable yet the definition of what victory is remains elusive. Those who serve us in ambiguous times are worthy of considerable respect; they constantly show up and do the work even as the rest of us sit idly by. Kudos Iraqi veterans and thank you for your service!

THE THING THEY CARRY

At a bare minimum, each carries a Kevlar vest that weighs well over twenty pounds. Some are green camouflage and some are desert brown. Some provide coverage for the groin area and a special flap for the neck. When properly tightened, they cover the kidneys on both sides. Some wear them with civilian clothes; suits, turtlenecks, cargo pants and t-shirts. Others wear them with full Desert Combat uniforms, canteens, ammunition pouches, flashlights, rifles and pistols, backpacks that surpass the weight of the vest… and bandage kits. Everyone carries a helmet and everyone, no matter what his politics, his military affiliation, his personal opinion of the American effort in Iraq, or his rank, race, gender or religious belief, knows how to put it on.

They are Americans, British, Poles, Australians, Italians, Filipino, Gurkas from Nepal; they are Colombian contractors, NATO instructors, State Department consultants, and Thai restaurant workers. A large percentage is older, having retired from one career or another; and many have seen military service in Vietnam, Korea, Germany, Panama, Kuwait, Haiti and the former Yugoslavia. Others, the vast majority, were born after Vietnam; indeed are too young to know much about the First Gulf War or the reason Saddam Hussein was permitted to butcher his people after that conflict. Many have seen service in Iraq on at least one other occasion; others have never left since being recruited to put the country back together after the invasion. Some are realizing great profit from their service; most have taken pay cuts or work for less than a minimum wage when the hours each day are calculated. Many would leave tomorrow if permitted; and yet a common refrain includes the idea that ‘we are close. I just want to see this through.’ All had lives elsewhere; most had running water, the ability to move about safely, make decisions about their futures and celebrate their holidays with family and friends. Most know someone who has died or been severely wounded; and each accepts the possibility of his own demise.

On any given day, they accomplish many things. Many work the streets, securing lines of communication and roadways, standing in dusty anxiety as Iraqis go to school, hustle to jobs, meet in political groups or just shop. Others operate in the netherworld of warfare, searching out the bad guys who seem intent on destroying anything that is new, constructive or useful. Some help put up power lines, make the water run, rebuild public buildings, furnish hospitals, distribute election documents, teach and learn. And others move equipment, build roads, stand at checkpoints, run shops, cook meals, and quietly remake institutions that are the sinew of civil society. At night they huddle for dinners and routinely work late; they plan for the next day and know always how close they are to the nearest bunker. They watch DVD’s, play CD’s and listen for the sound of sirens. They are more concerned about doing their job correctly than they are about going home. ‘Groundhog day’ is a movie they remember, the part where each day seems like the last, but down the road with effort and dedication, things change.

In the future, if this works, they will be the best leaders nations can have. College professors, welding supervisors, Congressmen, jurists, hospital administrators, restaurant owners, policemen, work crew foremen, and nurses. They will gather their knowledge and experience and dedicate them to things that matter; for, as a rule, they are builders of ideas, and places, and futures.

The thing they carry the most, when they strap on their vest, gather their equipment and ride through the myriad gates of Iraq, is their optimism. While history is not their anchor, they know they are steeped in it. They have a sense that the Tigris, the Euphrates, the Chaldeans, Assyrians, Kurds, Sunnis and Shii can provide lamp posts for the future. They smell the possibilities and carry the weight with a real pride that is infectious. They count the opportunities, battle the disappointments, stumble, and keep moving. They give lie each day to the habits of the Twentieth Century and declare the Twenty-First a fit place from which to begin. Discount them at your peril, for, old and young, they will be the future.

Dr. Richard M. O’Meara spent a short period in Iraq where he worked at the newly formed Commission on Public Integrity, consulting with attorneys and investigators regarding the future of independent integrity legal systems.