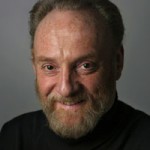 When the idea for creating The Prevail Project first formed, I wondered if I could get away with calling it “The Institute for Ethical Magic.”

As my daughters were growing up in the 1990s, I was struck by how, in their lives, the most magical change seemed utterly routine. First – abracadabra! – came the Internet and then the World Wide Web. Suddenly unseen wizards conjured up cell phones the size of candy bars, palm computers smaller than paperbacks, and music players not much bigger than credit cards.

These, I realized, were all end-of-century echoes of my Baby Boomer youth and its transformative television, birth control and travel to the moon.
So I found myself looking for the muse of my daughters’ generation, for its Bob Dylan – the seer who would announce to this new generation that “the times they are a-changin.’ ” I expected some Brazilian troubadour to rocket to the top of the charts, spread worldwide by the Web without benefit of any retrograde music industry. Finally it occurred to me that the prophet of their era – the One who would speak of new realities that elders fail to grasp and offer a moral code in the face of lightning change – was here already, in hundreds of millions of books translated into more than 60 languages and carefully tucked away in bedrooms all over the globe: It’s Harry Potter, modern Magus, harbinger of today’s cultural revolution.

All you have to do is look back, as I recounted in The Washington Post a few years ago. The sorcery of the ‘90s was touted as the biggest thing since the printing press, perhaps the biggest thing since fire. It turned a walk through a dark house in the middle of the night into an easy navigation. Tiny lights marked the way in festive red or green, winking from microwaves and clocks, phones and televisions, music players and laptops, smoke detectors and docking stations. Each signaled a step toward the place where my daughters sat, surrounded by more computers than light bulbs.

Yet the decade otherwise was a snooze. The headlines spoke of little save peace, prosperity and Monica. It was the calmest era our society had seen since the golf-playing, kitchen-apron and board-game years of the Eisenhower administration – which of course were followed by the civilization-shaking ‘60s of which Dylan sang.
Perhaps that’s just the way history works. Culture and values change more slowly than innovation. Thus, when upheaval finally does occur, it is of seismic proportions. In the Renaissance, the big deal was not telescopes; it was about realizing that the Earth is a minor planet orbiting an unexceptional star in an unfashionable part of the universe.

Similarly, in the last 10 years the ground has been moving beneath our feet economically, politically, and socially. Flying robots that were science fiction 15 years ago are now at the center of our wars. Industries and jobs wink out and new ones magically appear – when our college students were born, who knew what a “web master” might someday be?

Now we’re aiming inward. We’ve been transforming all creation through genetics, robotics and nanotechnology. The means actually exist in the labs for mind-to-mind communication, via computer. What will the aging – or for that matter the young – do when soon offered memory enhancers, much less immortality? This is about what happens as we perform magic with the most fundamental aspects of our identity.

Today’s young are processing these revolutionary times through their Dylan, the ringing anthem that is the story of Harry Potter. How else do we explain the way those books resonate, how they became the fastest-selling books in history?

My daughters have used magic wands all their lives, raising and lowering the volume on the story boxes that they watch, rapidly switching among narratives. Each day, we wake up in a world that will have changed by sundown. We have absorbed the wisdom of the author Arthur C. Clarke: “Any sufficiently advanced technology is indistinguishable from magic.”

Harry Potter addresses the question that we encounter as we face such unprecedented change. It is the moral use of our powers. As the anthropologist Mary Catherine Bateson says, “Who teaches what’s right is an issue in politics, it’s an issue in religion, it’s an issue in business.”

Hogwarts, the school of witchcraft and wizardry that Harry and his cohort attend, cannot ensure that people will use their powers wisely, responsibly and for the common good. According to the literary critic Alan Jacobs writing in the journal First Things, the educational quandary for the school’s revered headmaster, Albus Dumbledore, “is how to train students not just in the ‘technology’ of magic, but also in the moral discernment necessary to avoid the continual reproduction of the few great Dark Lords like Voldemort and their multitudinous followers.”

Indeed, Harry is tortured by the Sorting Hat – which searches the souls of incoming students to determine in which house or faction they belong – and why it takes so long to group him with the brave and true of Gryffindor, rather than putting him in Slytherin among the careerists, the manipulators, the power-hungry and the just plain nasty, where he could achieve institutional prominence.

“ ‘It only put me in Gryffindor,’ said Harry in a defeated voice, ‘because I asked not to go in Slytherin.’ ‘Exactly,’ said Dumbledore, beaming once more. ‘Which makes you very different’ ” from the supremely evil Voldemort who threatens all of civilization. “ ‘It is our choices, Harry, that show what we truly are, far more than our abilities.’ Harry sat motionless in his chair, stunned.”

The technologies we are developing offer powers exponentially greater than those of Dumbledore and Voldemort. Yet through these books, the young have learned very old lessons about love and community and how to be human in the face of overwhelming magic. By providing a means of coping with the inexplicable and magical, the Harry Potter books provide a code for coping with real life. The young recognize their own technological age in this magical place.

What they absorb most of all is character – the humanity that overcomes the mysterious. The pivot of the entire series comes in “Harry Potter and the Order of the Phoenix,” when Harry’s acute friend Hermione tells him that the time has come for them to seize the day, defending against the dark arts directly:

This is exactly why I think Harry Potter is the same kind of early-warning agent as was the young Bob Dylan. Granted, the new Magus is not holding a guitar. He is a character in that ancient technology, the book. Nonetheless, Harry is the herald who offers a moral code in times of great upheaval. He is the prophet and precursor of a new generation.

Come mothers and fathers
Throughout the land
And don’t criticize
What you can’t understand
Your sons and your daughters
Are beyond your command
Your old road is
Rapidly agin’.
Please get out of the new one
If you can’t lend your hand
For the times they are a-changin’.

At the distinguished university that hosts our organization, when it came to naming it, cooler heads prevailed. Our effort is formally known as “The Prevail Project: Wise Governance for Challenging Futures.”

Nonetheless, the spirit of “The Institute for Ethical Magic” lives.

The question is still what we should do with our powers – “What should I do to become what I should be?” But now we have the magic by which to connect preposterously large numbers of people – hundreds of thousands, millions, in a bottom-up, flock-like way – to help us search for these “should” answers. Right here. Right now.

Prevail’s faith is that – even in the face of unprecedented threats – the ragged human convoy of divergent perceptions, piqued honor, posturing, insecurity and humor will wend its way to glory. It puts a shocking premium on Faulkner’s hope that man will prevail “because he has a soul, a spirit capable of compassion and sacrifice and endurance.”

The mean-spirited may say Prevail expects a very large miracle. The more sympathetic may say it expects many millions of small miracles.

Previous Post: Empathy and Creativity
Next Post: On the occasion of the end of the war in Iraq