He’ll show up to the party late and talk a big game but then drink too much and promptly pass out in the shower with the water running. I don’t know about you Vik but my little brother is an idiot – and fusion power is the idiot little brother of fission. It promises the world and talks a big game but then utterly fails to deliver, passing out in a shower of research dollars too drunk to make it to work in the morning. I’m not s aying that it will never work but effectively you’re trying to contain a tiny sun and, from a thermodynamic perspective, the more energy you demand from it the less it wants to work.  If the objective is a carbon-free alternative energy future I want a solution that doesn’t involve my great-grandchildren becoming physicists. 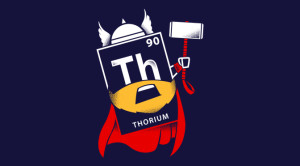 “with apologies to Jack Kirby”

If you’re serious, and I mean really serious, about solving the primary energy / carbon problem then there is only one winner and it isn’t fusion and it isn’t wind, wave, solar, hydro, geothermal. Sorry Hippies, it’s innovative fission that fixes Mother Earth.

Let’s do a thought experiment. I want you to imagine an America where the cost of energy is decoupled from the global price of oil. Imagine that the gas you pump into your car is so pure that it doesn’t need a catalytic converter. Imagine that same gasoline is made from seawater and is therefore carbon neutral. Imagine carbon neutral plastics, lubricants, sealants, solvents, fertilizers, oils and generally the materials which make up the modern world. Imagine a machine that could pull all the carbon we’ve put in the air back in the ground. What does that world look like? That was the dream Alvin Weinberg had about Thorium-232 when he designed the Molten Salt Reactor Experiment – The Thorium Dream. Now do you want on this ride? 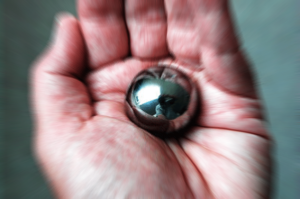 We Americans invented this technology, and then abandoned it, for reasons too maddening to go into here. So right now it’s the Chinese and Indian governments that are throwing billions at Thorium Molten Salt Reactors because they actually work. America is a land of dreamers, thinkers, builders, and doers – aren’t we? Surely someone around here with money and vision would want to reap the benefits of our previous research. I mean, we worked out the bulk of this stuff on the taxpayer dime back in the 60’s so naturally the Chinese and Indians are asking our labs for help. We’re just giving it all away on the gamble they’ll share their breakthroughs with us. We can step up our energy game or we can stumble aimlessly into a future defined by other countries where people are willing to take risks and dream big.

Previous Post: Little Brother Knows Best
Next Post: Lessons Learned in How Not to Build an AI