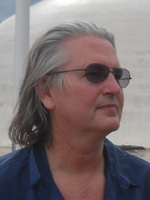 “Prevail Project” is about the subtle and interesting notion that some day soon, some of us may not be human.

My readers are presumably human, and so might find this topic of dubious relevance.  So let’s get right into the “subtlety” aspect. There are stem cells among us, we can all agree on that, but is a stem cell “human”?  Stem cells exist as technological facts on the ground,  but do they have any “human rights”?  What happens when stem cells divide and multiply, and become a “test tube baby?”

Since the late 1970s, a huge, healthy cohort of “test tube babies” have appeared among us as our fellow citizens.  “Test tube adults” are not subjected to social stigma — we don’t consider them squalid Brave New World subhumans, as we did when they were science-fictional — but we might have done that.   We might have “relinquished” the technology through legislation, due to strong moral qualms about it.  Then many of us would have been denied parenthood.  Many of us would not be here.  One of the missing might have been you.

Nowadays, the term “test tube baby” has fallen out of use.  It’s archaic and de-controversialized, replaced by the cozier term “in vitro fertilization.”  But beneath this apparent triumph of social assimilation, the technology has continued to reticulate.  A fertilized human egg is a stem cell of sorts, because it has the capacity to form all human organs.  Further study revealed that many cells in the human body have a similar capacity.

This is the promise of “stem cell therapy” — that we pull living stem cells from the human body, tinker with their huge expressive capacity, and have them grow again inside the patient.  You could think of that as a kind of pureed and homogenized test-tube baby, if you were allowed to frame the issue in that repulsive way.  The odds are you would not be allowed that framing.  The way we mentally tackle these issues is a complex and subtle matter of “law, culture and values.”  It’s our law, culture and values that see to it that certain paradigms are unlikely to get a sustained airing.  Even if they’re quite logical and firmly based in science, in touch with the facts on the ground.

Now I ask you, in all seriousness: suppose that I’m 95 years old.  And yet my skin has no wrinkles, my hair is flaxen and wavy, I have fine muscle tone and I’m the father of four by a twenty-six-year old woman.  Am I human?  I’m not mumbling like Frankenstein or clanking like Robocop.  I can vote, and like a lot of elderly people I may be very street-wise and rather well-to-do.  Yet my body’s a chimeric patchwork of flesh that was formerly my own stem cells, rejuvenated in  a petri dish and injected back into me.

Naturally you may be entertaining a few qualms about my behavior, the way you do about, say, Barry Bonds’ baseball abilities or Silvio Berlusconi’s harem of leggy TV presenters.  But the odds are that I can put up a pretty good argument on my own behalf — I may well be a prosperous lawyer.  Or your political leader.  The odds are that you envy me.  The odds are that my entire society is sliding in my direction without ever making a conscious decision about it — maybe with the same hectic speed that we adapted desktop computers.  Or with the same blithe joy that we planted kudzu and unleashed Australian rabbits.

As Joel Garreau surmises, in that postulated situation, we have “passed an inflection point of self-modification.”  Thanks to a new suite of technical possibilities — the genetics of stem cells were just one such field of potential action — our human minds, human memories, human metabolisms have proved unexpectedly ductile.  We are changing ourselves.  We have the means:  the new means.  We have the motives — ancient motives, powerful motives, fear, greed, lust for power, spiritual transcendence, all of them.  And we have the opportunities, because there are so many areas where these practices could be made to flourish.

They could flourish in business, of course, but also in medicine, sports, the military, even in academia.  The street finds its own uses for things, and an innovation created for a legitimized purpose will undergo mission-creep as time passes.  Narcotic abuse is a major global industry despite decades of organized repression.   Sports doping, cosmetic surgery, the hairline cracks of posthumanity are everywhere.  The military will take most any step to get its lethal work done, but there’s nothing commoner than a military technology clumsily repackaged for civilian life — assault weapons, nuclear power, autonomous drones.

The question is metaphysical: “what is mankind?”  That question gets fought over every day, and in the cases of Terri Schiavo and Eluana Engaro, it shut down two different G-7 governments.  But it’s not only a metaphysical matter.  There are other pressing questions.  How, as a practical matter, can we watch the “inflection points?” How can we name and number the areas of potential crisis?  How quickly and effectively can we react?  Who are the watchmen, what are their proper duties?  Who watches the watchmen?

We’ve already had plenty of practice, much of it very unpleasant, in declaring certain people human or nonhuman.  There are stem cells, the brain-dead, the differently-abled, gays, untouchables, the bearers of contagious disease, existential ethnic enemies who must be “cleansed” or “finally solved” by whatever means possible; there are campaigners who will burn, maim and kill for the legal and ethical rights of animals.  We know how “law, culture and values” can make human history; what we don’t know is what genetics, robotics, information and nanotechnology can and will do when tossed into this ever-bubbling stew.

Not that these commonsensical observers are the boss chefs or anything; they’re just uneasily aware that, where the good old Nail Soup of History used to have onions and barley and carrots, nowadays it’s got brocco-cauliflower, cloned mutton and athletic-performance enhancers.

I am a fan of this effort, and I am speaking out in its support, because I know that it doesn’t have to succeed to be important.  Suppose it fails — suppose that in five years, ten years, twenty years or fifty, there are in fact many former-people among us who are blatantly no longer human.  Suppose they are tomorrow’s GRIN mutants, “people” who, for some wide and no-doubt compelling variety of reasons, chose to desert the formerly-human condition.

They’ll need an effort like this.  They will need it because they will know, with an existential certainty still closed to us, that they have crossed a mighty boundary and they cannot go back.  The “Prevail Project” is about peering through the keyhole of Pandora’s Box, but whoever breaks that box has to own it.   They will not be relieved from “law, culture and values;” they will merely have the awful quandary of creating their own.  Not in a vacuum, either.  We, who are human, have the grisly comforts of our quarter-million years of natural evolution, but  these evolutionary radicals will be beset by their own ambitions — plus the ambitions of many rival radicals.

They don’t have to be human for you to pity them.  If Milton could pity Satan, you could pity that.  I like it that this effort, the “Prevail Project,” is still framed within that venue, that it’s humanistic, that it’s contemplative, that it’s literary.  That’s why it’s me, a novelist, writing this conflicted essay, instead of it being the emanation of some chrome-plated New Model Superman, or some hooded Inquisitor, hunting down mankind’s heretics.

The “Prevail Project” is an inquiry into culture, law and values; it’s not a political party or a revolutionary movement.   Nobody is going to seize power over genetics, robotics, information or nanotech by compiling some data here, or by joining in these discussions, or by diligently feeding the nonhuman spiders that so busily catalog our texts nowadays.  Contributing to a site like this is a moral act.  It’s like joining Erasmus’s “Republic of Letters,” that “humanist” coterie of the twilight half-enlightened.  A small group, maybe, but they mattered to futurity.

It wasn’t so much that they prevailed, those earnest inquirers who scribbled in their dusty Latin; it was more that they made it possible to imagine a prevalence.

Bruce Sterling is the best-selling and prize-winning author of future fictions such as “The Difference Engine” and “Holy Fire,” that, like our world today, occupy the nexus of the strange and the terrifying. He blogs at Beyond the Beyond.